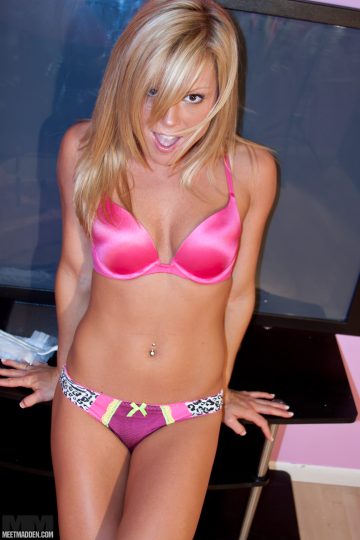 Madden is just that cute. And always ready.

There is a saying that goes if her bra and panties match that means you didn’t decide you were going to have sex, she did. And it’s true. Looks like Madden decided she was going to have sex in this case.

They say it’s a man’s world but at the end of the day it’s really a woman’s world… They decide when you are having sex, not the other way around.

And Madden looks oh so damn cute in her bra and panties….