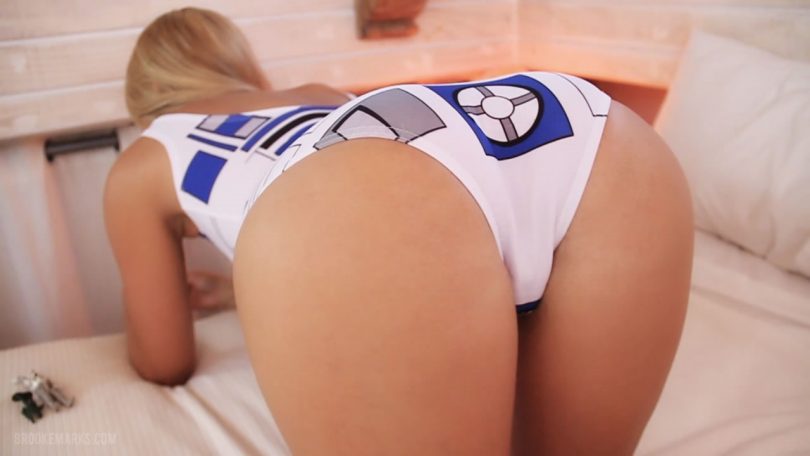 We’ve all seen the photos of Brooke Marks in her R2D2 dress, but never from this angle…. OMG who wouldn’t want to slide in behind her and tap that ass from behind. You know that little piece of fabric would just slide over to the side… Yum. I wonder if it would feel odd – I wonder if it would feel odd as if you were actually fucking R2D2. That would be odd but I think thought of fucking CP30 would be even worse. Then again, I’ve never seen any sexy woman in CP30 outfits.

Yes, I would so fuck that ass! Who wouldn’t want to fuck Brooke Marks? Hard?